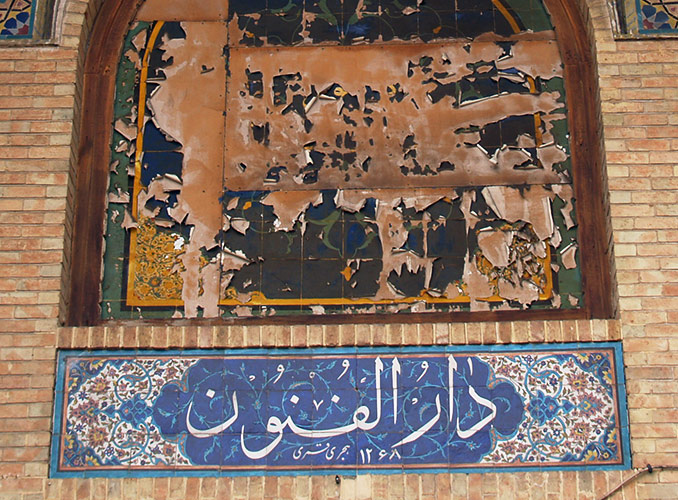 Phoenix Project of Iran (PPI) is a nonprofit scientific organization registered in Washington DC in February 2019.

The organization has a prior history going back more than a decade with several attempts aimed at organizing a global scientific, research-oriented think tank seeking to identify major socio-economic, industrial, environmental and other crucial problems facing Iranian society for the purpose of offering solid scientific solutions based on rigorous, peer-reviewed research methodology.

This idea was first proposed by Prince Reza Pahlavi in 2007 and attracted a large number of Iranian scientists from across the globe to form the Iran Future Association (IFA) in 2008, which organized a scientific conference in Toronto, Canada. The first Director of the Association, Professor Nosrat Vahedi Faridi from Sharif Industrial University, Tehran declared in his opening remarks that “The establishment of such a society takes precedence to any political activity”. Unfortunately, the progress of IFA’s mission was hindered by various obstacles, from lack of funding to geographical locations of its members, and the implementation of the underlying approach remained unrealized for almost a decade.

In March of 2018, a second attempt was launched by Professor Vahedi for organizing a scientific Iranian think tank. A new group of Iranian scientists and academics formed the Iranian Scholars Group and called for a second conference, the Strategies for the Growth and Development of Iran in Washington, DC. This attempt was however also hindered partially due to the same financial problems, in addition to logistical complications such as travel limitations imposed on Iranian born scientists, which prevented even Professor Vahedi from attending the conference.

Prince Reza Pahlavi encouraged Dr. Alayar Kangarloo, a former member of Iranian Scholars Group, to establish a non-profit organization called “Qoqnoos” Phoenix Project, Inc. (QPPI) in Washington, DC and create a new international scientific forum for the research, documentation and discussion of the challenges facing Iranian society. The decade-long effort through the continuous efforts of the founding QPPI members, established a scientific think tank focused on Iranian issues, and blossomed into a solid organization that initiated its formal activities at a press conference at George Washington University on February 22nd, 2019 in the presence and support of Prince Reza Pahlavi.

The group’s motto echoed a verse from one of Ferdowsi’s most famous poems: “Knowledge is the basis for all power” and its main goal remained dedicated in its application of scientific analysis to the solution of all socio-economic, industrial, agriculture, environmental, natural resources, energy, educational and any other challenges facing Iranian society.

QPPI initiated its scientific research with a survey that analyzed the impact of the disastrous flood of 2019 in Iran, presented at a three day conference in Toronto, Canada in late June – early July of 2019. Also presented at the conference were the close examination of non-violent disobedience within Iran and Reditus, return of Iranian immigrants to their motherland.

QPPI is the largest and most broadly supported research and educational institution of its kind. PPI members pursue this mission by performing timely, accurate research on key issues and effectively marketing these findings to our primary audiences.

In accordance with the new management model, the By Laws were amended to increase the number of seats on the Board members to nine, and to appoint four Directors to serve on the Executive Board.

The Board of Coordination:

This website uses cookies to improve your experience while you navigate through the website. Out of these, the cookies that are categorized as necessary are stored on your browser as they are essential for the working of basic functionalities of the website. We also use third-party cookies that help us analyze and understand how you use this website. These cookies will be stored in your browser only with your consent. You also have the option to opt-out of these cookies. But opting out of some of these cookies may affect your browsing experience.
Necessary Always Enabled
Necessary cookies are absolutely essential for the website to function properly. This category only includes cookies that ensures basic functionalities and security features of the website. These cookies do not store any personal information.
Non-necessary
Any cookies that may not be particularly necessary for the website to function and is used specifically to collect user personal data via analytics, ads, other embedded contents are termed as non-necessary cookies. It is mandatory to procure user consent prior to running these cookies on your website.
SAVE & ACCEPT